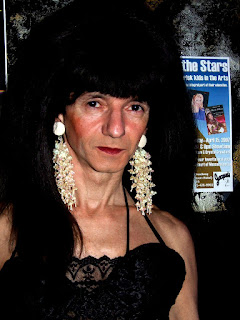 now before i begin i have to say that i hang out with drag queens, gay men, & my oldest friend transitioned many years ago. idc about who you want to have s3x with or what gender you want to be. not my business, not my problem. i've been in restrooms with transwomen & its weird at first but nbd. they always end up chatting with me about my outfit(i have no idea why).i have also had men(dressed in mens clothes) follow me into the public restroom. soon the laws will change & every man claiming to be a female will be allowed in female only places(again still not talking about actual transpeople).

i hear a lot of complaints "i cant go into the mens restroom because of rape & harassment" etc etc yet no one cares about what will happen to women once anyone is allowed into their safe spaces. funny how they can complain about men raping them yet i've never heard of transpeople(or gay men) trying to get harsher rape laws, old rape kits tested, etc. instead of teaching men not to rape they try to hide in the safety of womens only spaces. also bizarre how transmen arent yelling for entry into mens restrooms.

this all could be prevented with more unisex bathrooms but they dont actually want to be comfortable or have a safe place. they want to be women at any cost. who cares if women dont want people with penises in their restrooms. Bob can just slap on a dress & get his kicks in the changing room whenever he feels because the law says so.

womens restrooms are being changed to unisex while mens restrooms continue to be only for men. men in dresses push their way into being called women & treated as women while biological females are suddenly renamed cis.


updated:
i couldnt even get through more than 5 minutes of this film,i was so disgusted.i'm definitely not one to say "think of the children" but do we need more underage girls & women to be molested, filmed, raped before something will be done? i'm all for trans + gay rights but i cant condone women being put in the situation of having to defend themselves 24/7 from predatory men.i think of the times where i've been followed by men into public restrooms & thank the lord nothing happened that i(& my pepper spray) couldnt handle. not all women will be so lucky.


updated 3/30: cross-dressing-man-arrested-for-exposure but i guess we have nothing to fear & women are just overreacting as usual?
Posted by The D at 5:29 PM