who benefits from sanctuary cities? 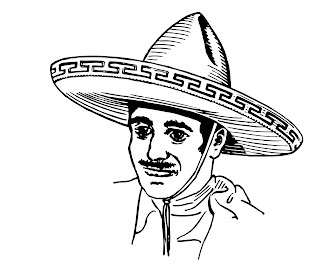 short answer: not the majority of american citizens.i have no problem with immigrants LEGALLY coming here to make a better life for themselves but there are real reasons why the laws are in place.amerikkka stays with its foot on black citizens necks yet we are supposed to turn a blind eye to actual criminals?

before I begin my ramble,do not assume i voted for drumpf or believe in maga. america was never great(trail of tears? slavery? jim crow? GI bill but only for white soldiers? segregation? war on drugs but only if done by minorities ?), so let's move on.

the only people defending illegal immigrants are millionaires and middle class and higher white people who don't have to live near them. they do it because it doesn't affect them negatively. the millionaires use them for cheap labor to undercut american employees (how dare you want overtime and workers compensation!) and the others hire them as cheap gardeners/maids then pat themselves on the back for not being racist (lolz). black people, the lower classes, and illegal immigrants are encouraged to fight for the crumbs while millionaires fuel the fights. don't you find it odd how the laws are being changed to coddle certain races of criminals while police officers get off scott free after killing innocent black citizens? i know i do.

since I live in los angeles the illegal aliens are mostly mexican so that is what I will focus on but this is not about race. in boston it is illegal irish and other places it is the haitians, italians, or indians.whatever - because the outcome is the same. los angeles spent $2 billion in tax money for welfare to illegal aliens. billion with a b and pretty sure it was just la county not the entire state.let that sink in. billions given to people who should not even be here.we can't afford to make sure every AMERICAN citizen can go to college, have affordable housing, healthy food, medical insurance, or properly take care of our mentally ill but we have billions to waste on them.

i think about how we had to share some textbooks in school or the class room that didn't have enough desks so some had to sit on the floor (eventually those kids stopped coming to class).i remember roaches in the school cafeteria and leaking roofs.too bad there was no money to help us children.

today I step over the homeless sleeping on the sidewalk.years ago they passed a law to make that legal.too bad there is no money for more shelters and mental hospitals.the homeless population increased over 30% but I guess we are supposed to ignore that.

there was also a new law so that any amount of people can live in an apartment.10 in a 1 bedroom is fine and make sure you have 2 dogs for company.i know i don't have to explain who benefits from that.it's diabolical and pretty genius if you think about it.less need for affordable housing or higher wages when you can legally cram 20 mexicans into an apartment and charge them $800 each.

i don't see any of this improving even in 20 years when mexicans are the majority and are made into honorary whites like the irish and italians before them.
Posted by The D at 2:56 PM