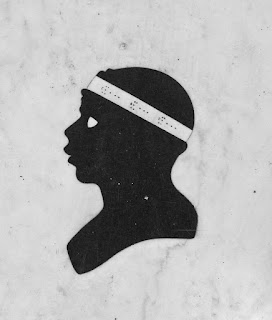 i find history to be fascinating & the fact that it repeats(& most people are too stupid to see it) is the most fascinating part of it.

the hoi polloi vote for a funny looking moron who says he will save white people while getting rid of the rest. the internment camps that used to house our asian neighbors are now filled with mexican children.

i was talking to this young guy about his father. he said in the 1970s white people were still calling his obviously white italian father a n!gger. the son was SO upset about it but it seemed like the problem was less with the disrespect but more that his dad was treated like a black person. now that i'm thinking about it, i've never heard of a black/italian alliance even though we were all discriminated against(& called the same slurs). once italians became white i guess they "forgot". latinx will be white in the next decade but who will be let into the fold after them?

i see some poc are happy that white people will soon be the minority in america but i dont see that as a happy ending.unfortunately it is the beginning of the end of the american empire(not to say that white people are superior or that we need them to succeed). america has turned into a sh!thole country as your president says. the jobs pay nothing, the rent is sky high, & hoovervilles (trumpvilles?) are on every block here in hollywood. the powers that be imported people from 3rd world countries to make ours a 3rd world country.the ruling families will have spanish sounding names but the discrimination & racism will be the same.there is no poc alliance & i am not hopeful that trading one "master race" in charge for another will be an improvement.it makes me sad for what could have been, the utopia we could have made together. did hope & progress die with kennedy or lincoln?