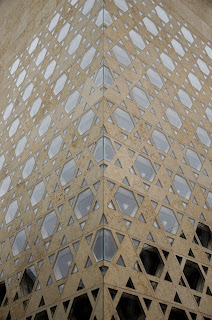 i am not a political person.black people have no real allies and deporting illegal aliens will only help the black community. muslims do not care about our struggles and I doubt black americans would be able to move to their countries as easily as they could to the usa. in any case this is all wrong and you'd be a fool to not be scared of what the endgame is for bannon and pence.

i was talking to a jew and he had no idea what happened yesterday, no clue of the muslim ban. his eyes glazed over,the future was boring,and who cares if this is like how hitler started? even if he changed his name,his religion was all over his face. he said it was pointless to boycott pro trump businesses because no one else would.why do black people(and of a lesser extent other poc) always have to clean up the messes made by white people?

it's like being in a house that is on fire.of course things are fine at first but they will not always be.i remember how mexicans would say in spanish how at least they were not black.these 200+ years we have been fighting for equal rights while everyone else pretended like nothing was happening or even worse gaslighting, post racial nonsense.now white supremacy is bored of black americans and now going after mexicans and muslims(because we all know that anti foreigner stuff doesn't apply to christian europeans).what are you going to do? will you sit on your ass and watch the nazis burn books or are you going to be the next harriet tubman? are you going to wave goodbye to your jewish neighbors as they get in the cattlecars or are you going to be the next rosa parks?
Posted by The D at 9:03 PM