the wake up call 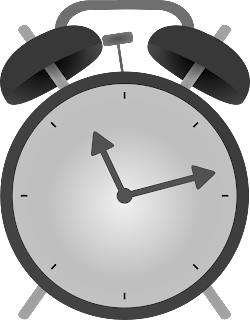 today was a weird one.i go to an event & there is this black woman standing alone being ignored.i walk over & we start to talk.she says she is trying very hard to fit in so that the white people will know she belongs.she seems embarrassed to be seen with me.i tell her it doesnt matter what she does, it is like that "what do you call a black doctor" joke & they will always see her as a n!gger. mlk didnt change that, obama didnt change that, & saint beyonce didnt change that.

she says racism only affects black people who act like stereotypes(let that sink in) & somehow her $10 dress, kim kardashian valley girl accent, & knock off shoes were going to prevent it.when i was younger i was just as ignorant.

she said that it was my negative attitude that made people call me a n!gger.i didnt tell her my stories because she wouldnt understand.

she kept going on & on about how my negative attitude was the reason why racist things happened to me & how i needed to change my mind.i said others needed to stop being racist & i know my worth so there was nothing that needed to be changed.

like i said,i used to be that ignorant.i assumed since i was hard working, beautiful, & smart that people would see me as an individual.i love heavy metal,speak japanese badly, hang out with the aristocracy, have a good job, & no "baby daddies".i hate watermelon, am an atheist, have traveled all around the world, ALWAYS has a book in my purse,bought a guitar, & play the flute. i didnt fall into the usual traps,didnt let god or men distract me. but like my neighbor(the 5'3 mexican man covered in prison tattoos with 5 kids all living in a 1 bedroom apartment) said, i am the stereotype.all people will ever see is black skin & never just Dallas the person.no amount of me pretending everything is ok is going to change that.

the n!gger wake up call can be harsh & i'm glad i got mine while alone.i hope hers is the same.
Posted by The D at 7:07 PM