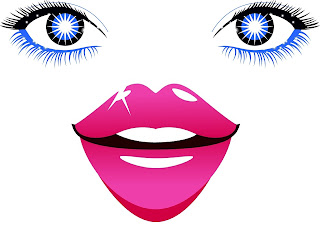 i went to an audition today and I wish I had not . there was a white girl there with huge fake collagen lips bragging about her latest modeling job that paid $3000. her face was plain and her body had no curves . she had so much lipgloss on it glopped down her chin. she was the typical white girl at auditions: not even pretending to read the script , texting on her phone, and boring anybody who would listen with stories of her pets.

the lips bothered me the most , though . the same big lips that made me lose jobs for looking "too african" were earning her money and furthering her career. mind you , i wasn't jealous and in no way did she look better than me but to see black women being replaced(first by mulattos then by white women with bad plastic surgery) makes me angry. all the things that made us "ugly", curvy bodies , pouty lips ,dark skin, big butts, are now just another costume for white women to wear when they want to be exotic.
Posted by The D at 8:32 PM

Email ThisBlogThis!Share to TwitterShare to FacebookShare to Pinterest
Labels: waste of time, wtf