blind item: the thots killed the other thot 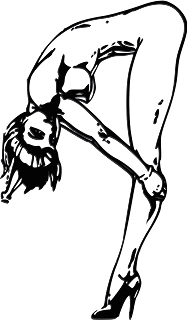 so none of these people are really famous,i just thought the story was interesting.this blonde instagram "model" was 30 but looked 45 due to bad genetics & even worse plastic surgery.she hung out with some bottom feeders: a casting director/pimp who worked for a used to be huge pron magazine, & her 2 fellow "models"/prostitutes with equally bad plastic surgery.

the casting director would never hire me for his paid or non nude projects but made sure to call me when he had unpaid work.i swiftly blocked him.she died after they had broken up but magically turned into his fiance postmortem,this "millionaire" who loved her so much yet had to beg for money to bury her. he kept posting all this RIP stuff about the model on his website with her lingerie pix(i guess she had no decent pictures to post) & when friends would ask how she died he was completely silent.here's what happened.

the 2 other "models" decided that it was hilarious to watch the blonde getting high & egged her on to do more drugs.her low self esteem said it was a good idea & she had an overdose in that infamous mansion/brothel. they took her home so that the owners would not get in trouble, put her in bed, then called the authorities after the drugs were out of their systems. of course the other "models" didnt contribute to the funeral nor did they attend but posted lots of RIP stuff & lingerie pix to their websites as well.

i heard that the actual (pregnant at the time but got an abortion later)girlfriend of the casting director was with the "models" telling the blonde that she needed more drugs/alcohol.funny enough i was at a party where he made the blonde play 2nd fiddle to the new gf.i remember the vibe being VERY weird but i had no idea what was going on. there was a LOT of horrific plastic surgery, rich unattractive men over 50, & young women wearing shirts as dresses.
Posted by The D at 9:25 PM